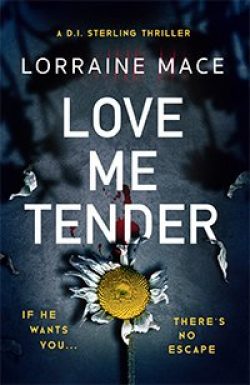 Responding to a tip-off, newly promoted Detective Chief Inspector Paolo Sterling arrives at an apartment block to find the dismembered body of a young woman. And with no indication of a break-in, all signs suggest the killer was known to her.

Then the victim’s friend is snatched with no witnesses and the unanswered questions mount up.

At the same time, Sterling’s team are leading the surveillance of a local club, thought to be involved in a drug operation. But when one of his colleagues ends up in hospital close to death, Paolo begins to lose his grip.

With the odds stacked against him, and time running out, can DCI Sterling uncover the truth before it’s too late? Or will this case finally tip him over the edge? 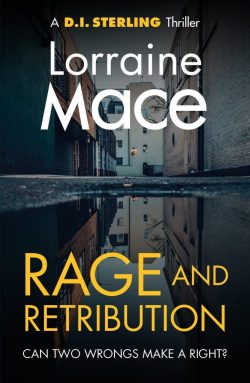 Can two wrongs ever make a right?

‘A dark, cleverly plotted tale . . . I was gripped from the opening scene and raced through the book to its final, shocking ending. Crime writing at its very best‘ Sheila Bugler

Detective Inspector Paolo Sterling has just six weeks to solve a series of murders by insulin injection, with nothing to connect the victims except the manner of death and a note left at each crime scene.

The murderer, determined to avenge a wrong from many years earlier, gets close to his prey by assuming various identities.

Can Paolo win in his race against the pretender?

‘A visceral, no-punches-pulled, gut-wrenching thriller. A disturbing and gripping tale of child prostitution, and the tragic detective Paolo Sterling dealing with the heartache of his own daughter’s sexual assault. Crime Noir at its darkest’ – Caroline Dunford, A Death in the Family

‘D.I. Paolo Sterling is instantly engaging – Children in Chains is a dark, gripping and unflinching read’ – Louise Phillips, winner of the Best Irish Crime Novel of the Year, longlisted for the CWA Dagger in the Library Award.

When a child is murdered, Paolo becomes aware of a sinister network of abusers spread across Europe, and spanning all levels of society. But Joey, the shadowy leader of the gang, always seems to be one step ahead in the chase. Has Paolo come up against a criminal he cannot defeat?

‘Gritty and gripping’ – Colette McCormick, author of Ribbons in Her Hair.

Brought up believing that sex is the devil’s work, a killer only finds release once he has saved his victim’s souls. Abiding by his vision, he marks them as his. A gift to guide his chosen ones on the rightful path to redemption.

Detective Inspector Paolo Sterling is out to stop him, but Paolo has problems of his own. Hunting down the killer as the death toll rises, the lines soon blur between Paolo’s personal and professional lives.

Any cookies that may not be particularly necessary for the website to function and is used specifically to collect user personal data via analytics, ads, other embedded contents are termed as non-necessary cookies. It is mandatory to procure user consent prior to running these cookies on your website.